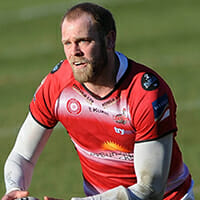 (Leigh Centurions, Professional Rugby league Player) Richard has supported the charity since we were formed, as well as donating his sky sports £100 man of the match awards to Life For A kid, Richard also attends many events and donates items to the charity for auction and has also taken part in quite a number of fundraising events.